A rainy day of baking... 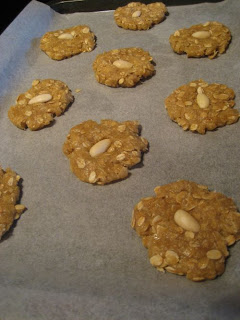 The weather this weekend was crazy. On Saturday, we had rain, hail, winds, intermixed with bursts of sunshine. The wood heater has been going flat out all weekend. The 15000L water tank we plumbed into half the roof a week ago is now half full. The vegie patch is happy (and a little battered). 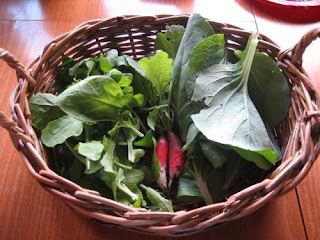 After looking forward to spring so much this year, I rather enjoyed this weekend back in winter. I nested a little, baking, and making soup, and filling the house with warmth. I ran out to the garden to pick some salad greens and radishes between downpours, but mostly took an easy weekend. I also fed some king parrots that used our deck as shelter from the rain… 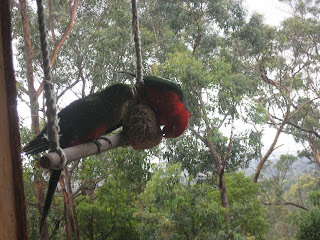 So food wise, first up I decided to bake a loaf of bread in the neglected bread maker. We prefer to make bread using our own hands but it does take a lot of time. This sunflower and burghul wholemeal bread recipe came with the bread maker, and was easy and reasonably good for a bread maker bread. It was a bit heavy though, maybe my yeast was a bit old and maybe my flour was too (have gone and bought fresh everything now) 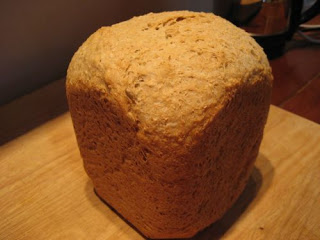 Nathan then decided to make Anzac biscuits. We used Belinda Jefferies recipe from ‘Mix and Bake’, and the results were fabulous. Anzac biscuits are so easy to make, and were perfect for this rainy weekend (and for morning teas during the week if Nath doesn’t eat them all) 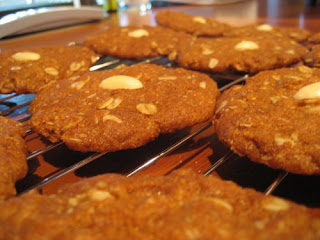 Back to the bread maker, I decided to make pizza for dinner. Using the recipe from the instruction manual, two thin based pizzas were made with absolutely no effort. The base is not as good as the base I prepared by hand using Maggie Beers recipe for the pissalidiere but it was reasonable.

For toppings I decided to try one of our favourites – potato and rosemary. I also dropped some garlic on it and drizzled a fair bit of olive oil and salt, and a little parmasen. It was pretty good, but would have been better if the base was better. 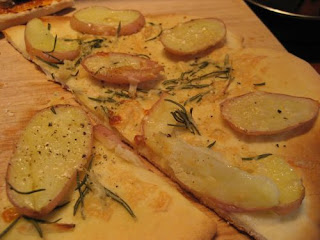 The other pizza was a tomato based pizza with pancetta, mushrooms, olives, sundried tomatoes, artichoke and mozzarella/ parmesan to finish. This was pretty good and not too heavy which was nice. 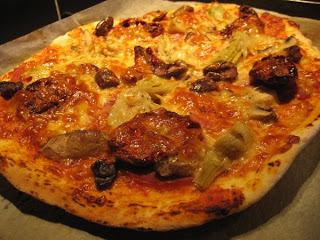 I served these with a fennel and anchovy salad.

Much too much baking for one day, and I am all carb-ed up now, but it was just what we felt like! Hopefully the next two weeks will fill our tank up so we can set the drip irrigation going for the vegies. So far we are just harvesting the quick green leafy vegies and radishes but the longer growing plants are looking good (apart from some pest problems).
Posted by Ran at 2:01 PM No comments: 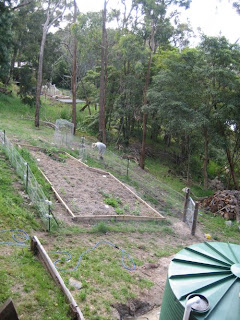 I have been a bit quiet on the blog front lately. I have still been cooking (and obviouly the eating never stops) but all my spare time at the moment is being taken up with my garden. 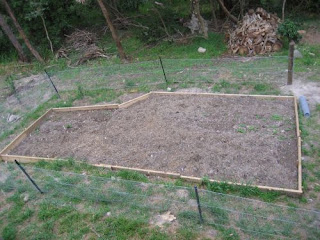 A moment of insanity in an unnamed supermarket led me to declare to my husband that i just HAD to start growing my own food NOW. Never mind that we need to renovate the bathroom rather urgently, or paint, or a million other things.
And as my husband always does, a 'little garden' became a massive undertaking. We are still not quite done but we are getting there! 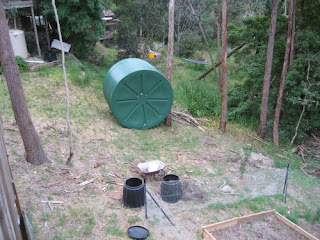 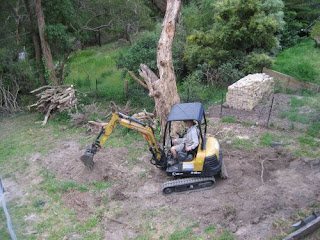 levelling out ground for a water tank

We have plenty of room in our yard, but we have one massive problem - possums. Possums who have now had a nibble on my vine cutting, my strawberries, by lemon and lime tree and some seedlings. Thank god they have left my front herb garden mostly alone as I have been gorging myself on parsley, rocket, corriander, dill, rosemary and mint for a few months now. Some of these are going to seed now but I cant complain. 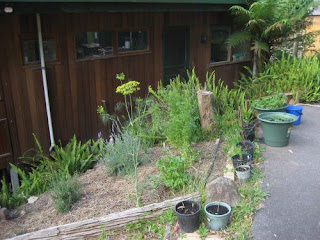 The herb garden
So, this leads to the construction of an electric fence. And also the installation of a water tank. Both are not quite done yet, and i am growing the pumpkin, zucchini and jute out of the fenced area (as they need room to grow everywhere), but we are getting there...
We are also having some bug problems. I think they are little grasshoppers but I am trying to be organic so not sure what to do here. I am growing some marigold and poppy and the garden is surrounded by lavender and rosemary to attract the 'good' bugs, but at the moment, the bad are outnumbering the good... 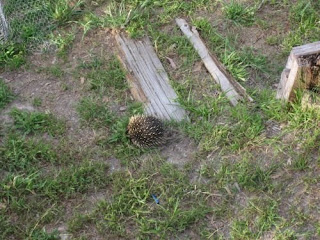 And this photo is of an unexpected guest we had last week - an echidna! Hoepfully he has been eating some of the ants that seem to be everywhere in the garden at the moment...

We will have to do some netting when the tomatos start flowering to stop the birds but we are getting there slowly. Most of my plants have been grown from seed bought from the Diggers club.

An interesting point - I have planted some seeds that I got from my uncle - molkeyah as it is known in Arabic. In english, this is known as Jute - used to make hessian. Arabs use the leaves in a stew with lamb and lemon and spices for a pretty amazing dish (also called molkeyah) and as I havent been able to find any of this in melbourne's markets, I am going to try growing my own. Apparently it grows as easily as hemp so I am hoping to get a good harvest that I can freeze for the entire year.

Hopefully in a couple of months, my posts will be about using copious amounts of tomatos! If the possums, birds and wallabies dont get it first of course!!!